Central Vancouver Island Hosts Two Cruise Calls with Arrivals of the Celebrity Infinity on Friday, May 26th & the Norwegian Sun on Sunday, May 28th in Nanaimo 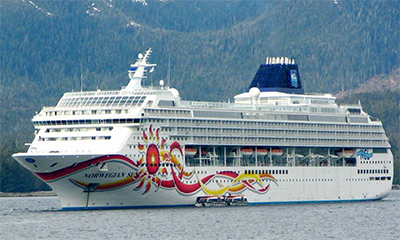 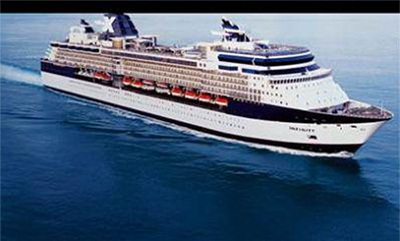 May 25, 2017
The Celebrity Infinity, will be the first call of two cruise ships in a three day period this weekend at the Nanaimo cruise berth Friday May 26th at 7AM. Bernie Dumas, President & CEO of the Nanaimo Port Authority, is familiar with the Infinity on its’ fourth visit to central Vancouver Island in a three year period, and is scheduled to depart after 10 hours in port at 5PM.

Returning from two visits in 2016 the Celebrity Infinity is 294 metres with approximately 2200 passengers and 1200 crew. She is on a 12 day cruise starting in San Diego, including calls in Santa Barbara, Monterey, San Francisco, Astoria, Seattle, then Nanaimo, on to Victoria and concluding in Vancouver.

With one day between calls, on Sunday May 28th the Norwegian Sun will be welcomed at 0800, returning to Nanaimo for a 10 hour call with a planned departure at 6PM.

Dumas comments: “We are very happy to see the return of the Norwegian Sun with a capacity of over 2300 Passengers and 850 crew. She is an impressive 258 metres in length and you can’t miss her colourful hull”. She is on a 15 day itinerary departing San Francisco, including Astoria, 10 calls in Alaska, Prince Rupert, Nanaimo and Vancouver.

The Cruise Line International Association released a 2016 economic analysis last month. With six calls from various cruise lines to Nanaimo in 2017 the mid-island will enjoy an economic impact of $2.87 million from direct and indirect spending. Both calls provide abundant benefits for central Vancouver Island”.

As usual, passengers will be enjoying local & regional shore excursions to the Alberni Region and Cowichan Valleys including the Parksville – Qualicum area. As passengers arrive in the Cruise Ship Terminal, Travel Counsellors from Nanaimo’s Visitor centre will greet passengers with Nanaimo Bar samplings and point the way to photo opportunities with the RCMP in Red Serge, the Big Tub and displays of racing Tubs from the Loyal Nanaimo Bathtub Society. Cannon Firings at our historic Bastion are at 11AM, noon, and 1PM”.

Dumas continues: “Passengers can also take in the popular farmer’s market in the Pioneer Waterfront Plaza. Our complimentary shuttles transport passengers from the cruise terminal through downtown from 8AM to 4PM where they will engage local volunteer hospitality ambassadors. Contact with local culture includes the downtown area, museums, galleries, eateries and walking tours which receive positive feedback. Often heard from passengers when they return to the terminal are comments such as ‘Nanaimo is…. Beautiful, Charming, Fun, Friendly and Amazing!’ It is a real pleasure to know they enjoyed our destination and are leaving with positive memories of Central Vancouver Island.”

The Nanaimo Port Authority is one of 18 Port Authorities across Canada, established under the Canada Marine Act, to promote and support the National, Regional and local economy and to ensure a safe and secure harbour for cargo operations.