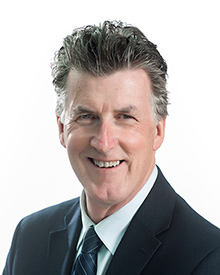 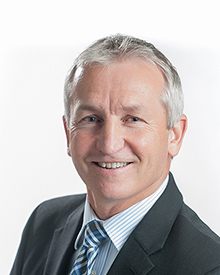 Jan 15, 2019
NANAIMO – Ian Marr has been named to the permanent post of Chief Executive Officer, and Mike Davidson as Chief Operating Officer at the Port of Nanaimo. Marr had shared the co-CEO title with Davidson for the past several months.

‘We are very pleased to announce Ian as our new CEO,” says Michelle Corfield, Chair of the Port of Nanaimo Board. “It is gratifying to have two dependable, long-term employees with deep local roots ready to serve and help us build on our strengths moving forward. They have proven themselves to be trustworthy public servants and we are confident that with Ian as CEO and Mike as COO, our administration team is in good hands.”

Marr, a Certified General Accountant and Chartered Professional Accountant, had served the previous five years as Senior Vice President of Finance & Administration. Originally from Scotland, Marr started working for the Nanaimo Harbour Commission, as it was then called, in 1987, in property leasing.

“I am happy, excited and honoured to be appointed to lead the team at the Port of Nanaimo through a very exciting period in its development,” says Marr. Marr says his immediate goals are to proceed with current initiatives including the Vehicle Processing Centre that is due to open in February, and develop more business for the Port and employment in the community. As an entity we will be reconnecting in various formats with our many stakeholders, partners and community to assist in managing our priorities for 2019 and for planning into the future,” he adds. “Focusing on our people and the excellent work they do is also very important to me.”

Davidson raised in Nanaimo, joined the Port in 1985 after graduating from Malaspina College (now Vancouver Island University) and has been managing Port properties since 1992. Davidson says “I am excited about this new opportunity and look forward to being a part of a growing Port of Nanaimo. Together alongside Ian, our Board of Directors, employees and our community Port partners we can achieve great things for Nanaimo.

As COO, Davidson will oversee day-to-day operations of the business of the Port, and in concert with Marr, provide overall leadership, strategy and vision to achieve the corporation’s objectives and goals.

“Having Ian and Mike in these positions gives our employees and customers confidence that they will be well looked after,” says Port of Nanaimo ‘Vice Chair Donna Hais. “Being able to hire from within our ranks is an added bonus and speaks to the strength of our staff.”