Moira Jenkins Resigns from the Nanaimo Port Authority Board of Directors 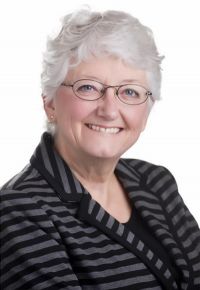 Nov 22, 2017
Moira Jenkins has resigned as the Board Chair and Federal Appointee as the International Trade User Group Representative on the Nanaimo Port Authority (NPA) Board of Directors, effective November 22, 2017. “After three exciting years of working with the Port’s management team, customers, Port user groups, and community partners, I have decided that it is time to dedicate more time to my family and other community interests.” Jenkins said.

Following a successful 44 year career with the Royal Bank of Canada Financial Group, Moira retired from her position of Vice President Commercial Banking, Vancouver Island North. She was appointed to the NPA Board in October, 2014. In addition to her time on the NPA Board of Directors, Moira also holds Board positions with the Nanaimo Hospital Foundation and the Nanaimo District Museum.

Moira has also served in other key roles in our community and lent her extensive Board experience to the Nanaimo Hospice Foundation, the Nanaimo Economic Development Commission, and many others. Moira has received the Nanaimo Chamber of Commerce Corporate Citizen of the Year Award and was Runner-up for the City of Nanaimo Leadership Award. She recently received a Paul Harris Award from the Nanaimo Rotary Club.

“The past twelve months have been both a rewarding and challenging time for the Port. It has been an honour to lead the Board through the CEO recruitment process of the new President and CEO – Ewan Moir. I am confident that he will be successful in guiding the Port into the future” Jenkins said.

“I would like to thank Moira for her service and dedication to the Nanaimo Port Authority” Ewan said. “We wish her the very best in her future endeavours, and would like to express our gratitude for her contributions both as a Director, and as the Board Chair. While I haven’t had the opportunity to work with Moira for very long, I can see that she is greatly respected in the community, and will no doubt be missed by the staff and Board” Ewan added.

Moira’s three year term expired on October 8, 2017. The Port Nominating Committee comprised of representatives appointed by the Port’s User Groups has been actively engaged in putting forward their nominations to the Federal Minister of Transport for the four User Group positions. The Committee anticipates that Governor in Council appointments will be coming forward in the near future.

The Nanaimo Port Authority is one of 18 Port Authorities across Canada, established under the Canada Marine Act and Letters Patent to promote and support the national, regional and local economies and to ensure a safe and secure harbour for cargo operations. See more at www.npa.ca