PHS President and CEO Danny Sitnam commented, “we are very pleased that we were able to work with our landlord, the Nanaimo Port Authority, along with the Nanaimo Regional General Hospital, in establishing this additional heliport capacity that will support emergency patient air transfers to and from the hospital’s proximity.”

The NPA has supported developing transportation options for Nanaimo and surrounding mid-island areas.

Bernie Dumas, President and CEO for the NPA commented, “we have strongly supported the opportunity to 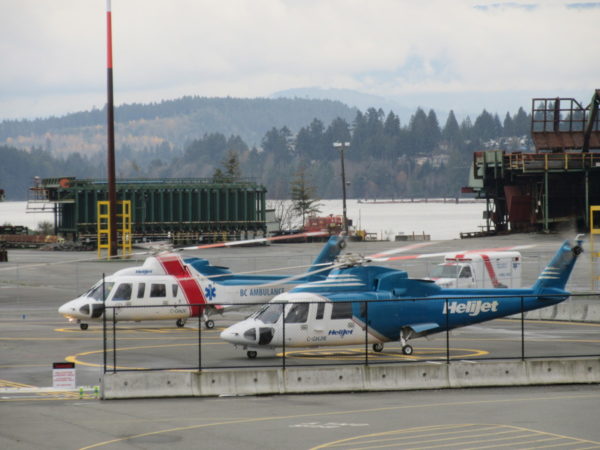 New Heliport for Air Ambulance at Port of Nanaimo

offer this dedicated helicopter landing area and with the recent expansion of the heliport, it now allows emergency first responders to meet the community’s’ needs, all while making this area a truly multi-modal transportation hub.”

The Nanaimo Regional General Hospital’s heliport is temporarily closed due to surrounding construction plans currently underway. The PHS Heliport is certified and recognized by Transport Canada, meeting the latest in safety and operating helidrome standards required.