New Appointees to Board of Nanaimo Port Authority
Mar 05, 2015

The Honourable Lisa Raitt, Minister of Transport, announced the appointments of Ms. Moira Jenkins, Ms. Donna Hais, and Ms. Audrey C. Cope to the board of directors for the Nanaimo Port Authority for a term of three years, and Mr. Chris Badger of a two-year term.

Moira Jenkins has recently retired, after spending 44 years with the RBC Financial Group. Her most recent position was Vice President, Commercial Banking, Vancouver Island North, where she led a team of 15 to assist commercial business north of the Malahat on Vancouver Island. Ms. Jenkins holds a personal financial planning designation and a Fellowship from the Institute of Canadian Bankers and has been engaged in various boards and committees including Nanaimo Community Hospice and the Nanaimo Economic Development Commission. She is currently on the boards of the Nanaimo & District Museum and the Nanaimo & District Hospital Foundation. 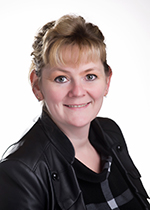 Ms. Donna Hais is General Manager and Partner of two businesses: R.W. (Bob) Wall Ltd. and Canadian Cache Development Corporation. She holds a business administration diploma from Malaspina College and is significantly involved in the Nanaimo community. She served as President of the Greater Nanaimo Chamber of Commerce and the Nanaimo Executive Association. Ms. Hais also won the Vancouver Island Business Excellence “2014 Community Leader of the Year” award. 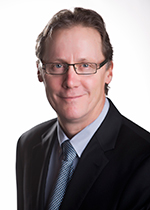 Mr. Chris Badger, now retired, spent his career in the marine industry including 14 years at sea. He was the Chief Operating Officer of Port Metro Vancouver from 2008 to 2011 and from 2001 to 2008 was Vice-President – Customer Development & Operations, responsible for Corporate Social Responsibility, Corporate Communications & Government Affairs. He is a Master Mariner and served on several boards, BC Chamber of Shipping, Western Marine Community Coalition, and the International Sailor’s Society Canada. Mr. Badger holds a bachelor’s degree in General Studies and a diploma in Executive Management Development, from Simon Fraser University, Burnaby. 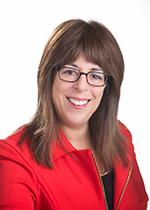 Ms. Cope has more than 27 years of experience with a small boat building and design business, Cope Aluminum Boats. She has almost 30 years in travel consulting and management of organizations such as Atlantic Fellowship Foundation, DER Tours, Qualicum Beach Cruise & Travel, Orca Travel and Marlin Travel. She is Chairperson of the Georgetown Alumni Admission Program Committee for British Columbia. Ms. Cope is involved in Parkinson’s disease awareness, engaging in Parkinson’s Super Walks and drove to support her family riding bikes from Qualicum Beach to Ottawa in 2010. She holds a B.S. in Language & Linguistics, from Georgetown University in Washington, D.C.

Bernie Dumas, President & CEO – Nanaimo Port Authority, states: “I am fortunate to have our new Directors with their credentials to help guide our strategies for our future. Each person provides a different set of skills that benefits our board team and I look forward to this next stage in the Nanaimo Port Authority’s development.” New directors join current Jeet Manhas (Chair), Richard Ringma (Vice-Chair) and Merv Unger (Director) at the board table. Go to http://portauthority.npa.ca/en/corporate/board-directors/

The Nanaimo Port Authority is one of 18 Port Authority’s across Canada, established under the Canada Marine Act, to promote and support the National, Regional and local economy and to ensure a safe and secure harbour for cargo operations.