Moir’s long career has taken him around the world in senior management positions in Norway, United Kingdom, Singapore, Holland and India.

“The board conducted an extensive search and met with many highly-qualified applicants. Ewan’s world-wide leadership and management experience really stood out and we were unanimous in our decision. His people-focused leadership style, vast industry expertise and exceptional business development skills will serve to build on the excellent foundation already established at NPA”, Jenkins said.

The 56-year-old Moir said his first order of business will be to focus on all issues related to the Port. “I want to take what my predecessor Bernie Dumas and his team and the board have done, and build on that,” he added.

“We are juggling a number of opportunities at present,” Moir said. “We have many stakeholders like the recreational boater, the businesses along the waterfront, the Assembly Wharf and Duke Point in our working relationship.”

His priority will be to engage the Port’s community partners – the City and Snuneymuxw First Nation – to develop a relationship that ensures all members with an interest in the activities of the Port work together for the future.

Moir has 20 years of senior corporate business experience contributing to strategy and operational performance and is known as an analytical thinker with a strong record of initiating and implementing business strategies to develop sustainable and profitable growth. He labels himself a team builder, coach in skills development with extensive experience in managing a union environment.

He has a graduate degree – MBA Queen’s University, and is a Certified Professional Accountant. He also has an HND in Mechanical Engineering, from Southampton University College, U.K.

The new Port President and CEO is completing his final duties as President and COO of Pacific BioEnergy Corporation in Vancouver which manufactures wood pellets at three plants in B.C. The pellets are sold to European and Japanese electrical utilities. In addition, a subsidiary company has a B.C. Government license for harvesting timber, and a jointly-owned company, with a First Nations band.

He began his business career in 1988 at Ulstein UK in the marine ship building support industry. Ulstein then moved him to Holland in 1989, Ulstein Singapore, then to the Ulstein group head office in Norway and finally to Ulstein Martime Ltd in Vancouver. That company became part of Rolls-Royce Canada in 2000 when the Ulstein group was acquired by Rolls-Royce Plc. His resume includes duties as President of Mainland Sand and Gravel, a senior vice president at SNC-Lavalin, President and CEO of Fraser River Pile and Dredge Inc. He also held a senior position at Finning International.

Moir says he and his wife Lesley are looking forward to moving to Nanaimo in the near future. They have three adult sons. 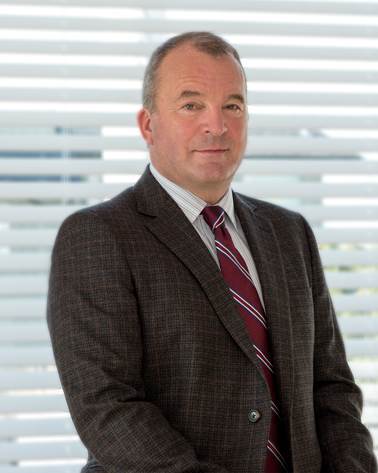