Western Canada Marine Response Corporation (WCMRC) has wrapped-up a two-day oil spill response exercise in Nanaimo Harbour that ran from September 20th to 21st. As part of the exercise, equipment and vessels from WCMRC’s South Coast and Vancouver Island fleets deployed to a simulated spill in Nanaimo Harbour.

The unannounced exercise was a live “on water” multi-agency effort which was the first of its kind on the West Coast and was designed to test WCMRC’s capacity for rapid response. WCMRC was supported in the exercise by the Nanaimo Port Authority. In total, nearly 60 response personnel and over a dozen response vessels were involved in the operation. They came from diverse locations and with various levels of expertise including Transport Canada, Canadian Coast Guard, Nanaimo City, RCMP and a large contingent of support contractors.

The scenario involved the hard landing of a cruise ship while approaching the berth resulting in a release of 2,000 tonnes of diesel mixed with fuel bunker and hydraulic fluid. WCMRC crews deployed to the scene, contained the casualty vessel, placed protection boom around sensitivities in the harbour and began containment sweeps. 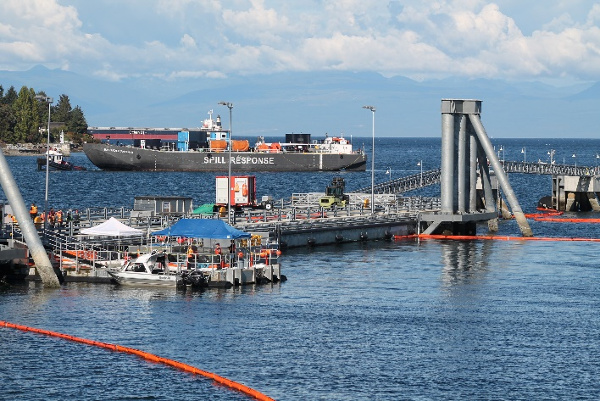 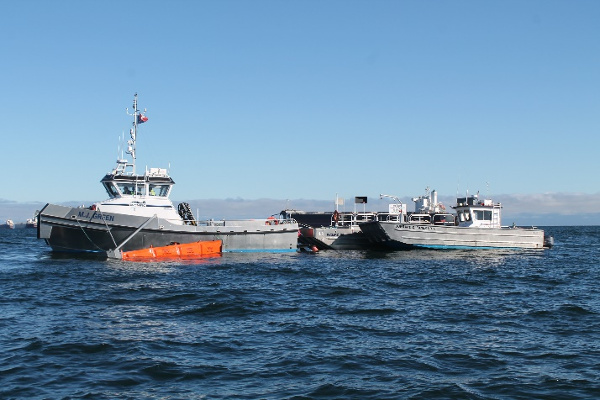 “While we already have a robust annual exercise program in place, we are always looking at ways to continuously improve. This unannounced exercise will help us to identify any gaps in our planning and ensure our contractor network is strong,” says Kevin Gardner, President of WCMRC.

President & CEO of the Nanaimo Port Authority Bernie Dumas stated: “This exercise was a success on many levels. One of the biggest values of the two day exercise was strengthening our relationship with our professional response team.”

WCMRC is also exploring the establishment of a new response base in Nanaimo on port property. Construction of the new base is dependent on the Trans Mountain Expansion Project moving forward. The project is contingent Federal Cabinet approval, anticipated in December 2016. The Nanaimo base would be part of a broader spill response enhancement program for Trans Mountain. The enhancements would include five new response bases, approximately 115 new employees and approximately 26 new vessels at strategic locations along B.C.’s southern shipping lane.

WCMRC is the Transport Canada certified oil spill response organization for Canada’s West Coast. In order to maintain its certification, WCMRC’s training programs and state of readiness are monitored by Transport Canada.

The Nanaimo Port Authority is one of 18 Port Authorities across Canada, established under the Canada Marine Act, to promote and support the National, Regional and local economy and to ensure a safe and secure harbour for cargo operations.